Village at the End of the World is premiering in Denmark the 3rd of November 16.40 at Dagmar Cinema, Copenhagen. Miki Mistrati presents work in progress on his coming film Shady Chocolate at the same date at Teater Glob at 14.00

Village at the End of the World is director, Sarah Gavron and cinematographer, David Katznelson's portrait of the small Greenlandic community, Niaqornat, where 59 citizens struggle for their village. We meet the only teenager, 16 year old Lars, who dreams of a life in a real city (with girls) while his father, the hunter Karl, fights to re-open the small fish factory in order to maintain jobs that will keep the inhabitants from fleeing the place.

Read review from Hollywood Reporter here: Village at the End of the World: London Review 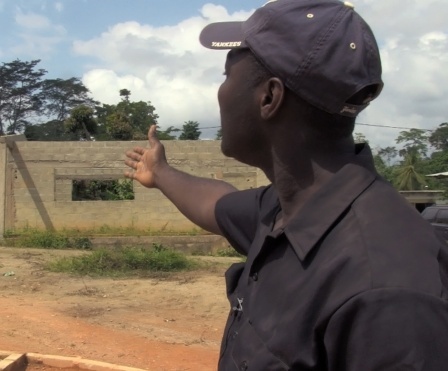