- We want to make room for experimenting with formats and narrative techniques, says Helle Faber, producer and director of made in copenhagen. Thus she joins forces with Heidi Kim Andersen, who leaves her position as programme manager at Metronome Productions to start up a sister company to made in copenhagen. The new company will be called made in copenhagen2 - not particularly imaginative perhaps - the reason being that we intend for productions to be a part of the already well-established brand made in copenhagen.
- We will continue to produce our characteristically strong films but with Heidi on board we will also be able to focus on various other documentary formats, both digitally and for TV. We will now have the opportunity to explore and develop the very exciting space that exists between fiction and documentary.
Heidi Kim Andersen will be the producer of the new company and Helle Faber the CEO.

- After so many years in this field, it is time for me to try out the more independent path, with full focus on my own productions, says Heidi Kim Andersen. – I have known Helle for many years and have worked with her on several occasions, so for me it makes a lot of sense to team up with her.
Heidi Kim Andersen has been programme manager at Metronome Productions for almost 4 years. Before that she was a factual commissioning editor at TV2 Denmark. In total she has 20 years experience working with documentary production i.e. for Koncern TV & Film, Bastard Film and Eyeworks.

-Heidi is one of the strongest and most talented producers in the field – and she has a great sense of humour. I am super excited about us working together again. I have really missed a producer-teammate in made in copenhagen. It is such a privilege that we are now able to create a company together, based on values that we share: Strong content that affects people – that touches the heart, first, then the mind.

Helle Faber founded made in copenhagen in 2010. The company has produced a large number of award-winning documentary films such as Who We Were, a film that last year won The Frist Appearance Competition at IDFA, The Wait – who recently received two awards at Chicago International Children’s Film Festival and Motley’s Law who won the Viewfinders competition at DOCNYC 2015. This year the company is getting attention and acclaim for the cinema film The Stranger, which is now premiering at DOCNYC and IDFA

Heidi Kim Andersen will start her new position in made in copenhagen 2 on the first of January. 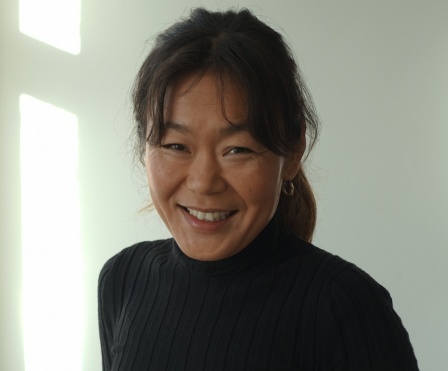