Motley's Law wins the Viewfinder Competition at DOC NYC - and director, Nicole Horanyi has been honored with the Grand Jury Prize for her distinct directory of the documentary film. The jury motivates it's choise with these words: “'Motley’s Law' brings the audience into the world of the fascinatingly brave Kimberley Motley. The film offers an unapologetic view of Motley’s practice. The excellent construction of the film exudes strong filmmaking qualities. A brave documentary film in every way".

The film had it's world premiere at Chicago Film Festival last month and is now on it's way to IDFA, the International Documentary Festival in Amsterdam.

Since the World Premiere, the film has recieved excelent reviews in the US: Variety calles it "facinating", The Hollywood Reporter goes "Under Horanyi's brave, incisive directory, Motley's Law wins in viewers appeal" - and Criterion Cast picked the film among 5 not to miss at this years DOC NYC and says "A far cry from a tale of a Hollywood romance, this harrowing documentary is one of the year’s most intriguing non-fiction works....Motley is a breathtaking subject who has little to no “filter,” and a fire behind her eyes that will light any cinema screen on fire." 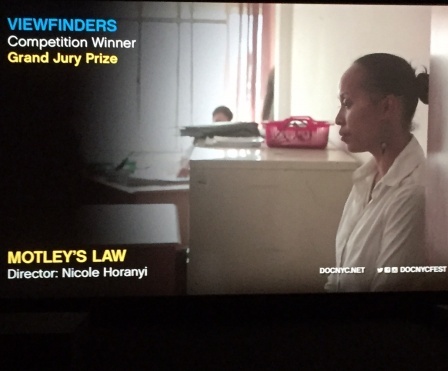 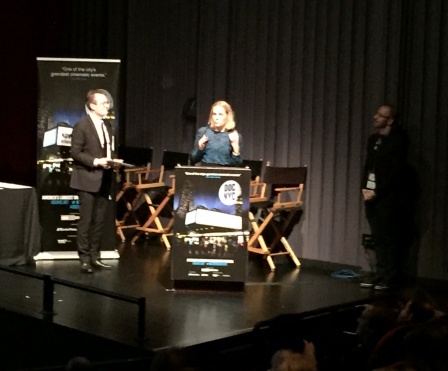 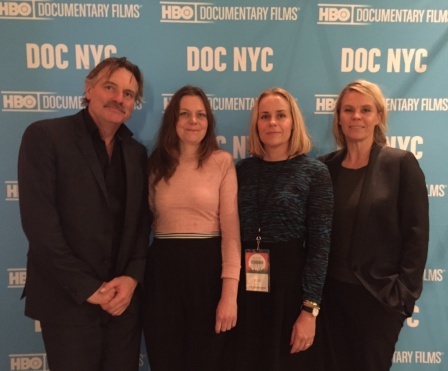