This Danish documentary film sets new standards for filmmaking and is made by director Nicole Horanyi, who won the IDFA AWFJ EDA AWARD for her previous documentary film Motley’s Law in 2015.
THE STRANGER is opening at IDFA on Saturday 18.th. at 20.30 in Munt 11, where Nicole Horanyi will attend the screening.
It receives the award “for its multilayered approach to storytelling and challenge to the definition of nonfiction", the Viewfinders jury says.

It is the story of how Amanda, a single mom from Denmark, met a man on Facebook, who turns out to be someone completely other than what he says he is.
The Stranger is a true story. In an attempt to get to the bottom of who her new boyfriend really is, she comes across numerous other cases that con artist Casper Rieper-Holm is convicted in - or even notorious for. For instance, the story about how he cheated an elitist handball club, by pretending to be a millionaire who wanted to save the club from bankruptcy – a story that was covered extensively by the Danish press.

In Amanda’s case, Casper pretends to be heir to one of the wealthiest families in Denmark. To lure her in, he created an entire family dynasty of fake profiles online who would constantly write to Amanda. Thus he chatted his way into her life by meeting all her needs and he was spectacularly good at it.
They lived together for three months until one day the phone rings and delivers a shocking message.

The docu-drama The Stranger brought in the largest audience for any documentary film in Danish cinemas within the last five years and the critics loved it.
The film is produced with the support of TV2, Danish Film Institute and Nordisk Film & TV Fond. It is produced by the award-winning production company made in copenhagen. 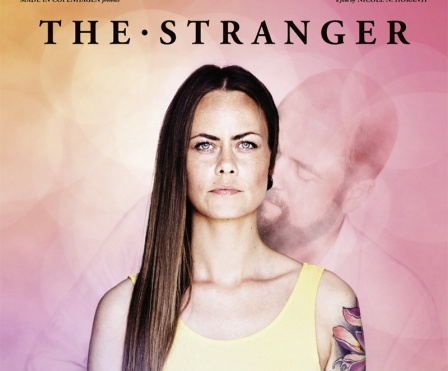